From the very start of pregnancy the body goes through a number of major changes. Initially these are more hormonal, but as the baby grows, there are more mechanical factors at work too. Nine months is a short space of time for the body to adapt, so they often come with aches and pains. Don’t be fooled into thinking these are just things you have to tolerate. Although a lot of pregnancy related aches and pains will relieve during your pregnancy or soon after, some need some help. And why suffer during your pregnancy unnecessarily? Evidence shows that pregnancy related back pain responds well to osteopathic treatment. 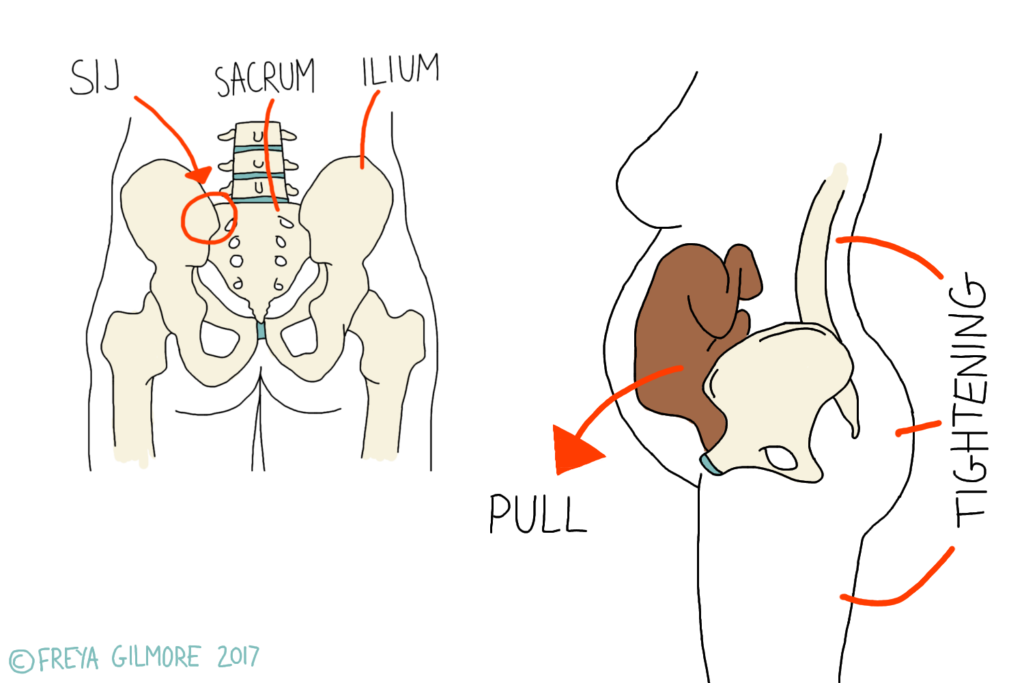 Hormones get to work even before your baby is classified as a foetus! One of the hormones that may cause aches and pains as early as ovulation is relaxin.

Relaxin and lower back pain

As the name suggests, the role of this hormone is to relax. Its primary roles seem to be in relaxing the uterus in the first trimester and relaxing pelvic ligaments closer to birth. However it also acts further afield in relaxing blood vessels around the kidneys and placenta.

The association between relaxin and lower back pain lies in the pelvis. The the big joints at the back of the pelvis are the sacroiliac joints. They don’t move much at all in normal circumstances, acting more as shock absorbers than anything else. But in childbirth they need to be able to move to help the baby out of the pelvis. That kick of relaxin in the first trimester can cause this pelvic mobility to emerge months before it needs to, which can be uncomfortable. When the pelvis becomes uncomfortable like this, it is known as PGP: pelvic girdle pain. If pain specifically focuses around the front of the pelvis, it may be SPD: symphysis pubis dysfunction.

We can also blame relaxin for water retention. While it’s increasing the capacity of the kidneys with that increased blood flow mentioned before, it’s also causing a change in salt balance. For some women, this means retaining more fluid. Minor symptoms of this can be the mild irritation of swollen ankles and difficulty getting rings on and off. More significant fluid retention can predispose the development of carpal tunnel syndrome. 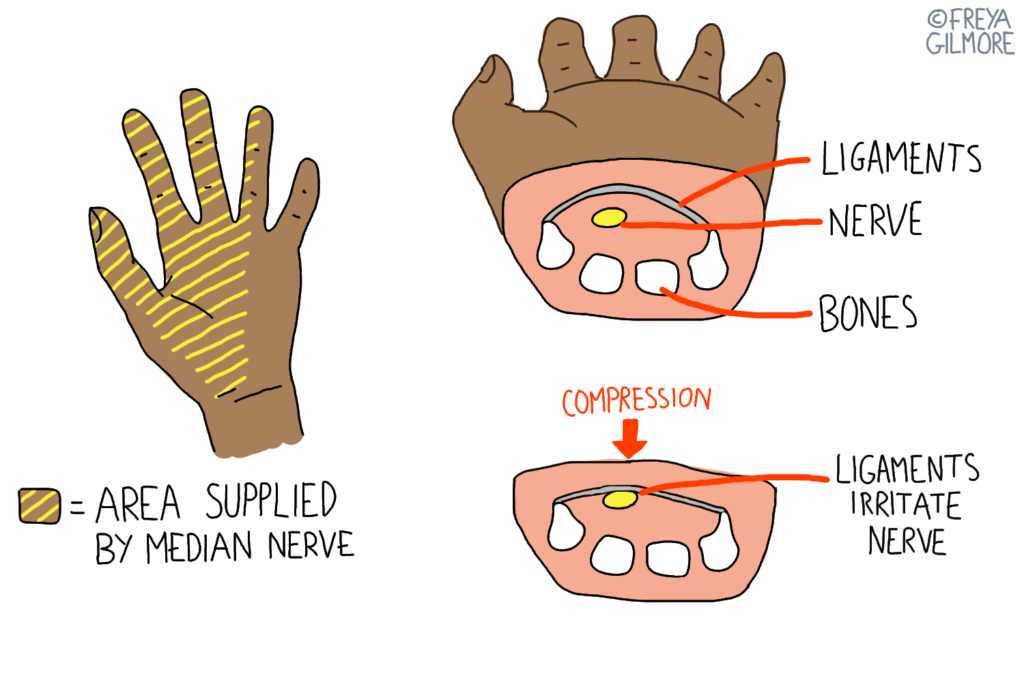 Nerves to the hand pass through a narrow tunnel of bone and ligaments. At the best of times, this is a relatively tight space, but pressure can build with water retention. This added force can lead a person to developing carpal tunnel syndrome (CTS). CTS can manifest as pain, numbness, or pins and needles in the hand. Typically this is worse with added pressure, such as resting the wrist on a desk while typing.

Your osteopath can help with advice to keep symptoms at bay as well as treatment itself. There may be other factors at play such as tightness in associated muscles that can be resolved to give the nerve a bit more space.

One obvious change around the second trimester is the shift in your centre of gravity as the bump grows. The body has to adapt to this to avoid tipping forwards, and there are a few ways it can find balance. One common one is to deepen the curve of the lower back, bringing the upper body back enough to balance out the change. This requires tightness from the lower back, buttocks, and hamstrings to hold the position. But what joints do these muscles act on? The sacroiliac joints mentioned above. Combine tightness of muscles with the increased mobility of the underlying joints and discomfort isn’t too surprising.

Some management may require changing the way you move. Prolonged positions of bending forwards at the hips demand stability from those already tight muscles. Strengthening may be an option, but minimising the movement is equally valid- this isn’t going to be a problem long term. An osteopath will be able to assess the body and see if there are any other areas that need help in order to avoid overloading the lower back. Local treatment can also be beneficial in some cases. If the thought of limiting your movement goes against the demands you have of your body, we can also help advise you with regards to strengthening if appropriate.

If any of these symptoms sound like what you’re suffering with, book now and don’t waste any more time with unnecessary discomfort.