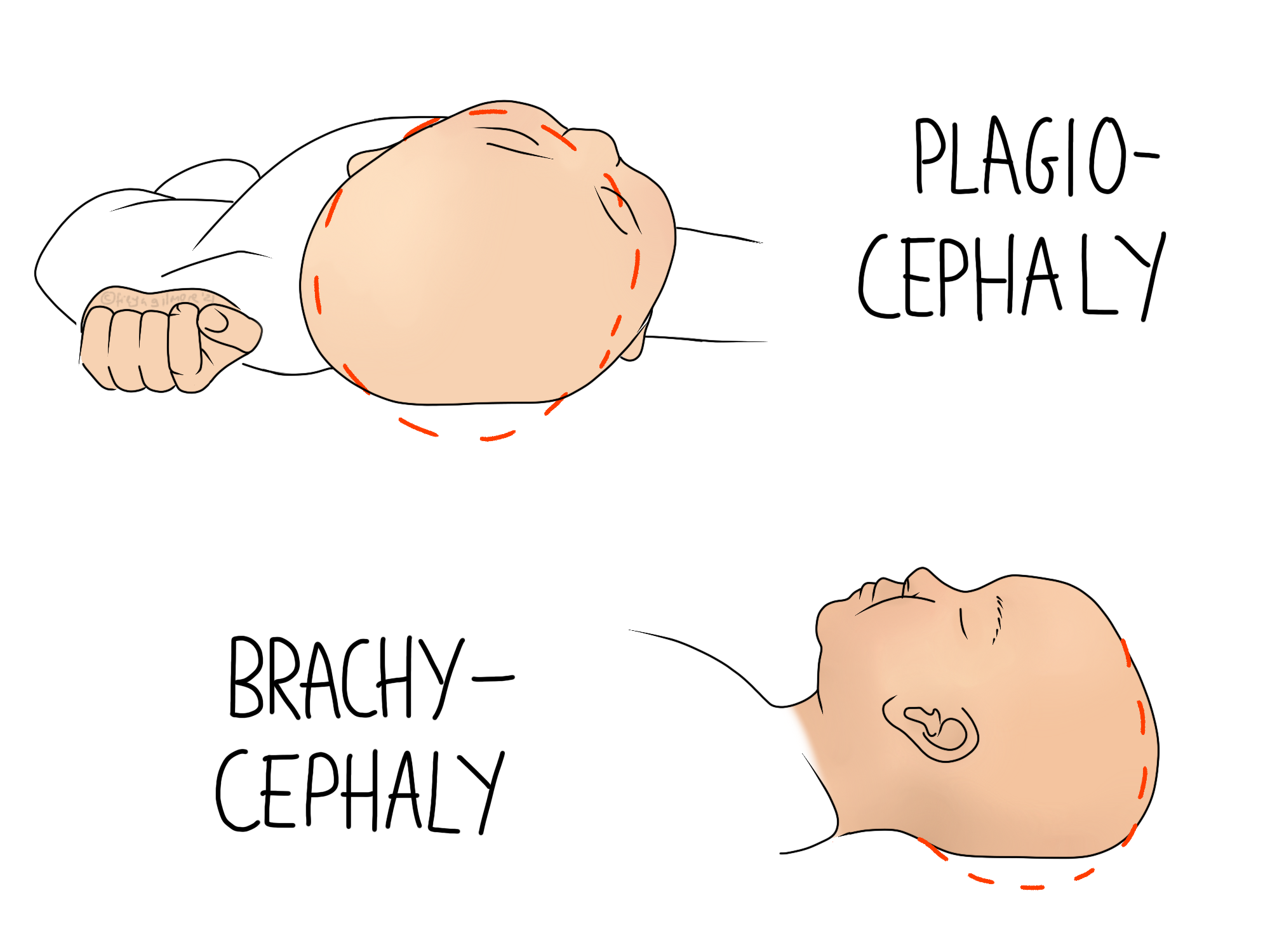 Plagiocephaly is the condition in which a baby’s head becomes asymmetrical. Most of the time this is benign, but sometimes it indicates a problem with the way the skull is fusing. If the back of baby’s head is flattened, this is known as brachycephaly. 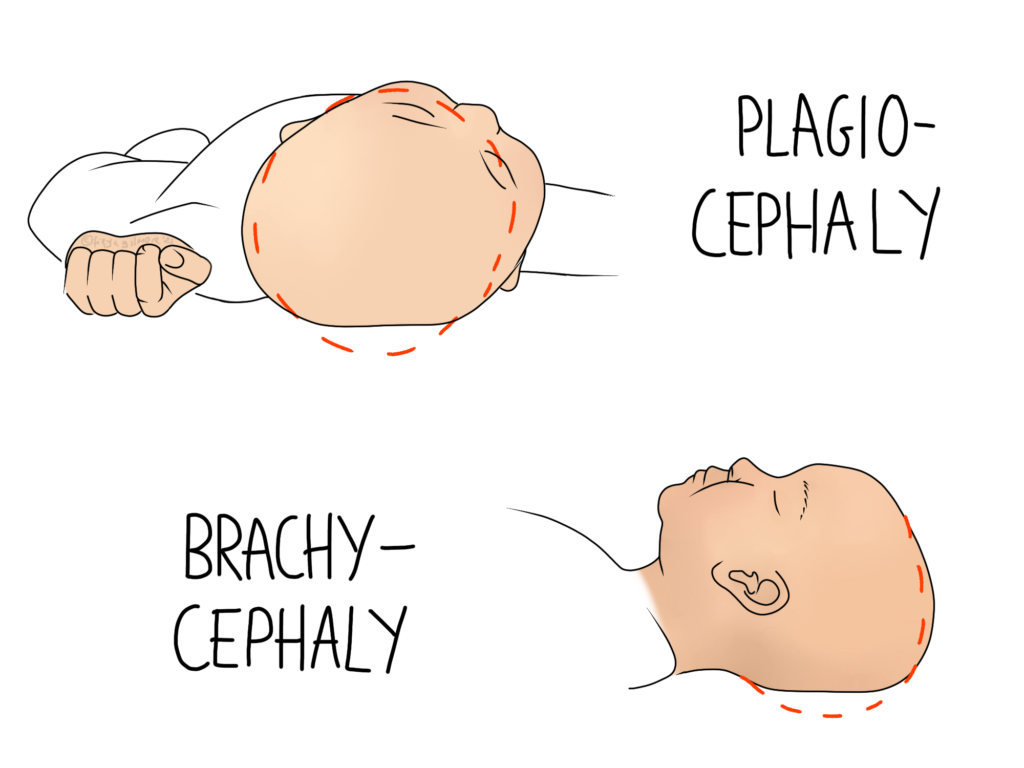 When there is no underlying pathology, plagiocephaly and brachycephaly are caused by positioning. When placed flat on their backs, young babies will typically turn their head one way or the other. Holding this position too frequently for too long causes pressure on the same part of the head, leading to flattening. This flattening is balanced out by bulging elsewhere, typically at the front of the head. This may not be obvious unless viewing baby’s head from above. Some babies are less inclined to turn their head one side while on their back, which can lead to brachycephaly if repeated and prolonged.

The NHS advises plenty of tummy time from as young as possible. Even before a month old, babies’ necks become quite strong. Although they won’t be able to lift their heads up from a laying down position, they can balance their head when held upright within weeks. Rotating through laying babies on their backs, sides, front, and sitting positions is ideal. Too much of any one position should be avoided. If your baby is particularly resistant to any one position, your osteopath can check them over to see if there are any musculoskeletal reasons for it.

International guidelines recommend placing babies on their back to sleep, as this has the lowest association with SIDS. Pillows are not recommended until after the age of twelve months, and car seats should never be used outside of the car or travel system. Do not worry about head shape over safe sleep.

Some babies are born with torticollis. This is when muscles on the front or side of the neck become tight, leading to favouring rotation in one direction. It can be present from birth, associated with birth itself or the position baby was in while in the womb. Torticollis can be quite subtle, with parents only noticing when they look back and pictures and realise that their baby’s head is always turned the same way. Sometimes the most obvious sign is that baby is reluctant to feed on one side, as it requires turning their head in the restricted range.

Your paediatric osteopath can help with torticollis, as it is typically as simple as a tight muscle that needs relaxing.

We mentioned above that an asymmetrical head is not always benign. Babies skulls have a lot of movement to go through in birth, and a lot of growth to do in the first few years. This is all made easier by the softness of the joints within the skull. The skull is made of a number of individual bones, and in babies they are connected by cartilage. In adults, the bones are fused. Craniosynstosis is a rare condition in which the joints fuse very early- before the age of 2. It affects under 0.1% of babies.

There may only be one joint involved in this early fusion, which would lead to an asymmetrical appearance. Sometimes more are involved, in which case the head shape might be symmetrical, but still unusual. Your osteopath will be looking for signs of craniosynstosis, as this will require a referral back to your doctor.

Book online for an appointment in Petersfield or Easebourne here.