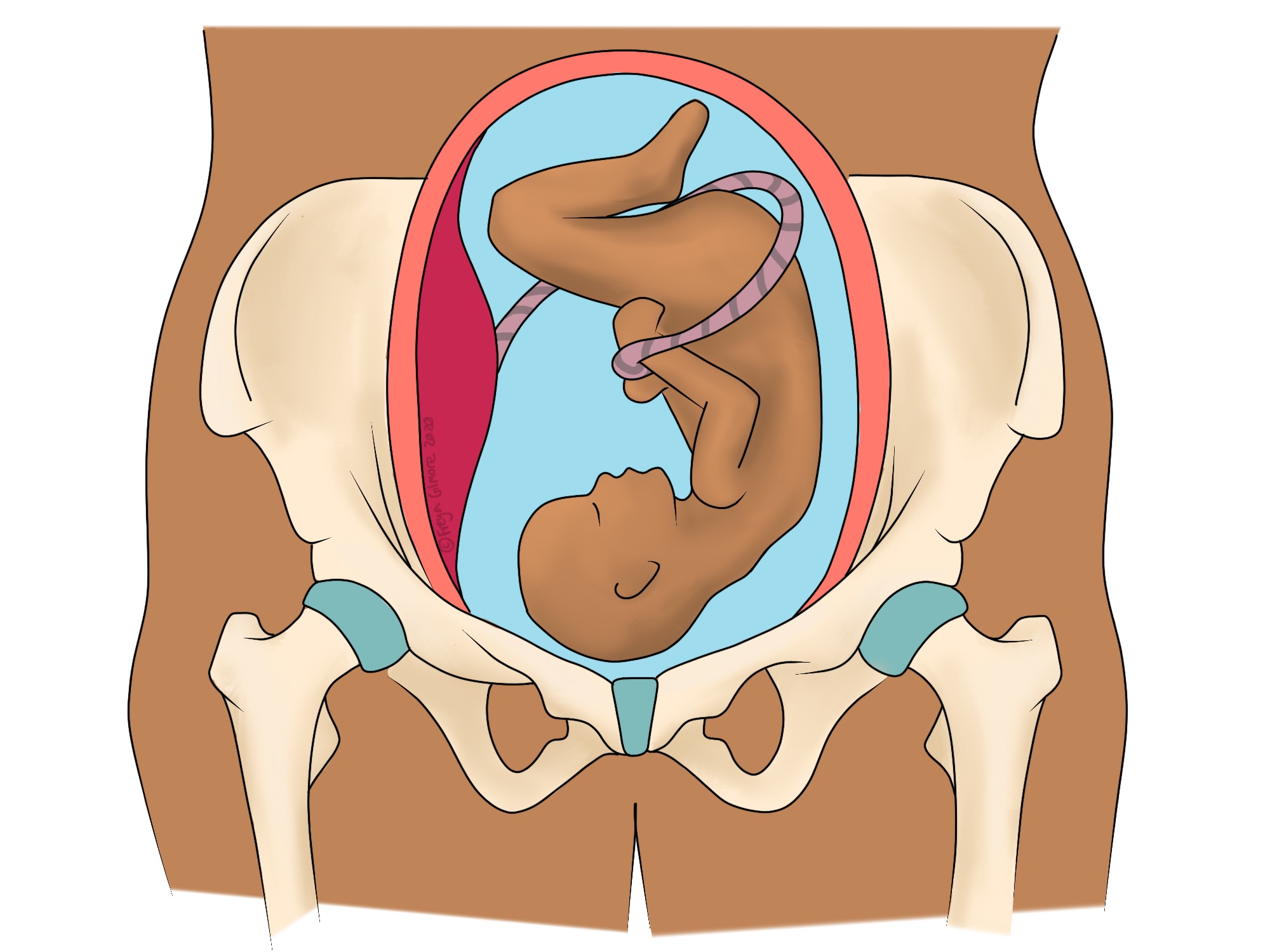 From very early on in pregnancy, the joints of the pelvis begin to change. A hormone is produced from the first trimester called “relaxin”, which has a range of wide-reaching effects. One of these effects is the relaxing of pelvic ligaments.

Although the pelvis is months away from needing to move for birth, ligaments begin to soften early. On the back of the pelvis there are two big joints: the sacroiliac joints or SIJs. They join the base of the spine to the rest of the pelvis and don’t normally move much at all. They are held stable by ligaments (until relaxin has its effects).

On the front of the pelvis there is a big wedge of cartilage that joins the left and right sides of the pelvis together. This is called the pubic symphysis. Although this joint is not as ligamentous as the SIJ, it is still affected by relaxin.

Some women get deep aches within the pelvis as the baby grows, which is sometimes down to round ligament pain. The round ligament is a wide band of tissue that attaches to the top of the uterus. As the uterus grows exponentially, the ligament has a lot of stretching to do! At the bottom end, it connects to the pelvis and blends into the pubic symphysis.

As covered above, SPD is the result of changes to the pubic symphysis and associated ligaments.

Although most pregnant women will only feel mild symptoms, SPD can be quite significant. The joint widens from about 5mm to 8mm during pregnancy, but it can spread wider in SPD and cause instability.

PGP is a broader term than SPD, also covering problems with the SIJs. As the pelvis is effectively a ring of bone, it makes sense that a problem in one part will affect the rest. SIJ symptoms may precede SPD symptoms, so they are worth addressing early on.

SPD will often self resolve after birth, but there are still ways to make you more comfortable during pregnancy. Manual therapy has been shown to improve symptoms of SPD.

We can use techniques to relax the muscles working on the pelvis that may be pulling excessively and irritating the joint. It can be useful to look further away from the pelvis to other muscles and joints in the back and legs that might be playing a role too. Your osteopath may also advise use of pillows to allow the joint to calm down overnight. Sometimes it can be relieving to use a support belt or crutches, although this is more for symptomatic relief than resolution.

It is also important to know how SPD might affect your birth. Upright birthing positions are recommended, with care taken to avoid allowing the legs to part too wide. Positions that encourage unnecessarily wide spread are not recommended.

If you’re suffering from pregnancy related aches and pains, don’t put up with them. Book online now.