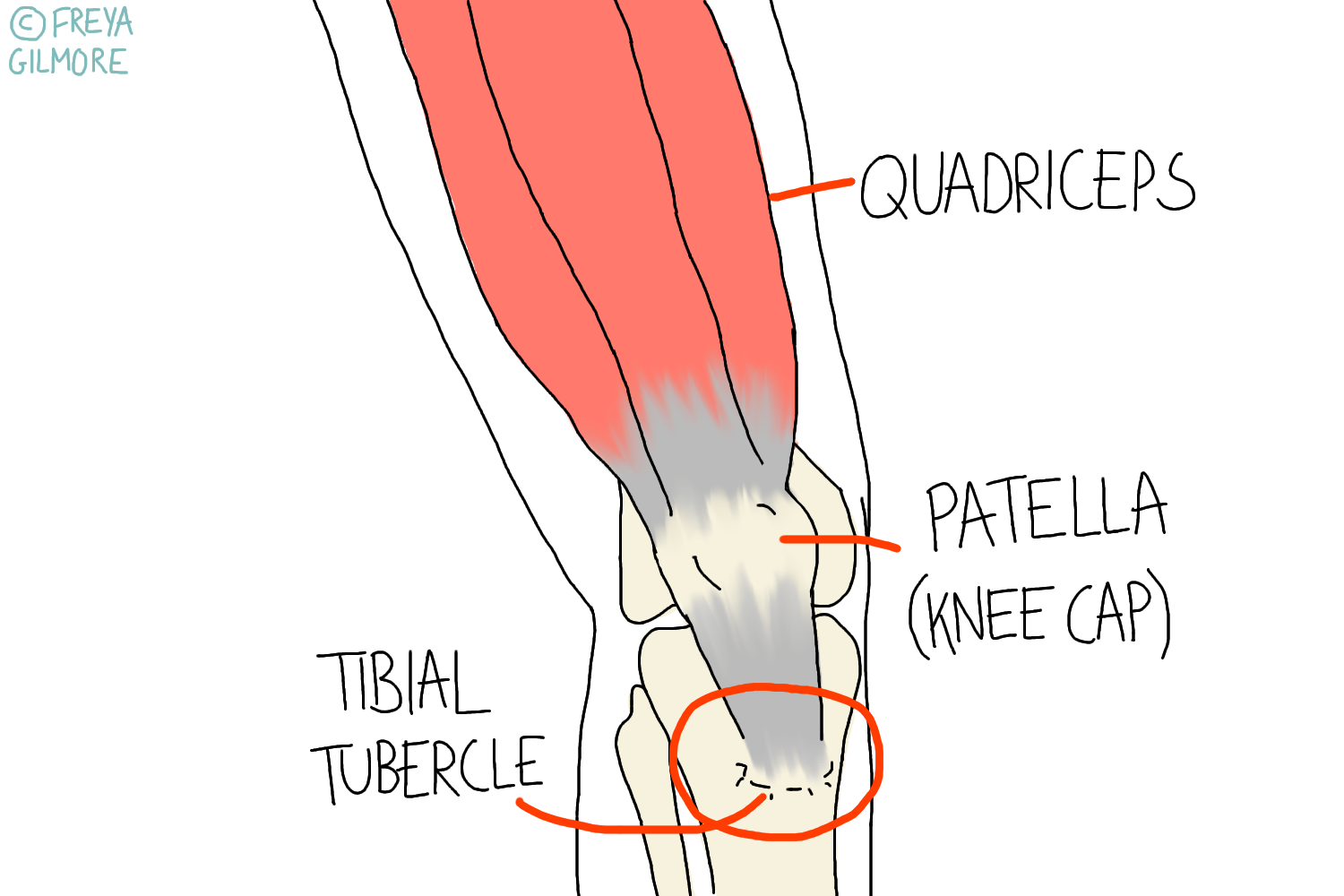 If you had knee pain as an adolescent, and now have a prominent but painless lump just below your knee cap, you may have had Osgood Schlatter Disease (OSD). 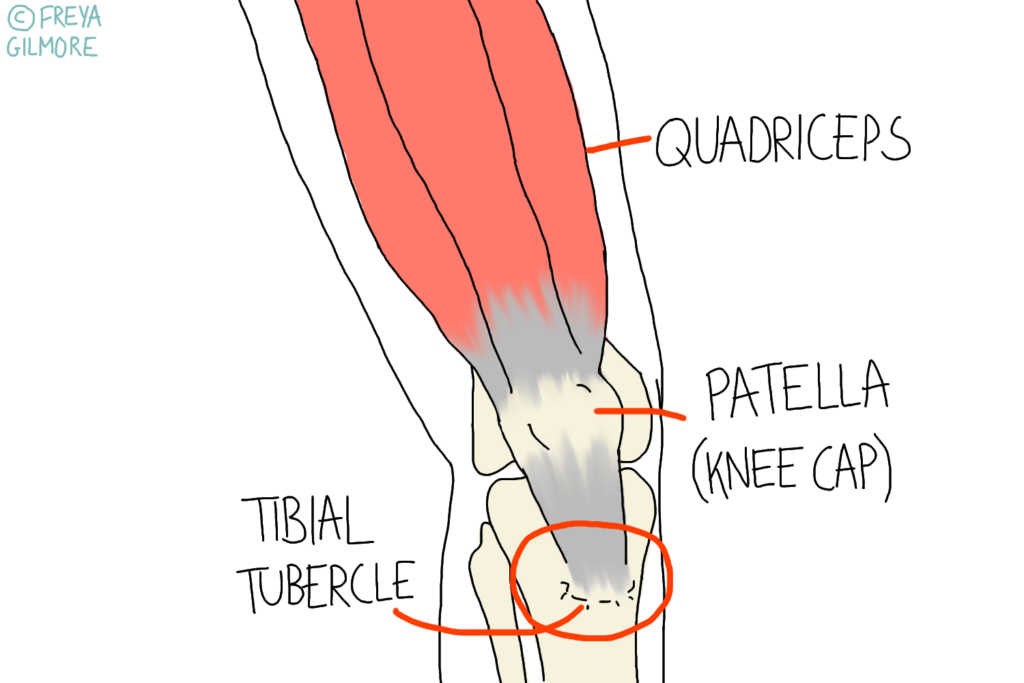 Osgood Schlatter Disease affects children and adolescents whose bones have not finished growing. The quadriceps (muscles on the front of the thigh) attach to the top of the shin bone. There is a growth plate around this area, so excessive pull from the muscles can cause bony changes.

A child may complain of soreness just below the knee cap, particularly during or after exercise involving the quadriceps. They may also report that the sore area is particularly tender to touch. Over time this area forms a lump- puffy at first but more solid over time. The lump is bony growth, so it is permanent. However, it will not cause further problems, so once symptoms are resolved, there is no need to interfere with it.

It is worth noting that adult patients sometimes report these symptoms in hindsight when directly questioned. Many cases seem to go undiagnosed, or un-investigated during adolescence. It is possible that there may be a genetic link, so if you suspect OSD in your child, it may be useful to consider your own history.

OSD presents similarly to a type of fracture of the same part of the shin. If the child is unable to walk, it may not be OSD, but an avulsion fracture instead. Your osteopath will refer on if this is suspected.

Who Does Osgood Schlatter Disease Affect?

OSD typically causes symptoms between the ages of 9 and 14, with girls affected at a younger age than boys. It is more common in boys than girls, and generally affects kids who play a sport such as football, basketball, or other sports that involve a lot of running or jumping. Cases can also be linked to growth spurts, which could put more force through the quadriceps.

It is considered a very common cause of knee pain in adolescents and pre-adolescents. Up to 1/5 athletic adolescents may be affected by OSD.

As the disease process of OSD is mostly mechanical, there are things that can be done to manage it. Exercise has been identified as a particularly helpful element of treatment. We also know that tightness in the quadriceps muscles are a common finding in children with OSD. Your osteopath can help relax the tight muscle group, as well as providing exercises. We can also assess the activity levels and type of sports your child is doing, and suggest changes to them if appropriate.

Ultimately, it will always self-limit. This may be when the bone fully ossifies (between 14-18), or it may be sooner. Most people will be asymptomatic in adulthood, except for the bony lump. However some continue to have pain on kneeling, and cases where a fracture was involved, there may be some displacement.

If your child’s knee pain sounds similar to this, book an appointment online now.